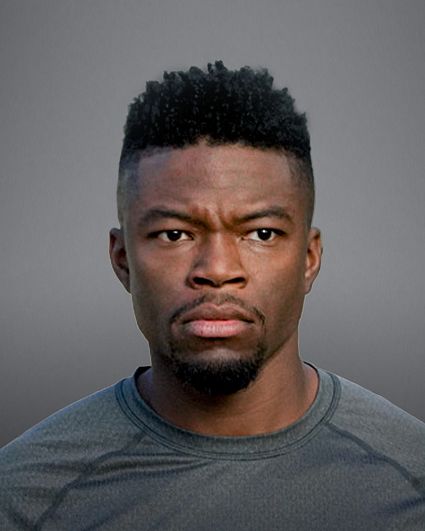 Devin Rountree
Caleb Castille
Biography
Caleb Castille’s time as the cornerback on the University of Alabama’s celebrated football team, which won back-to-back national championships in 2011 and 2012, is what unexpectedly launched his career as an actor. Cast as the football double for the lead actor in the football scenes in the film “Woodlawn,” Castille was soon bumped up to play the lead role opposite Jon Voight when the star had to drop out.

Recently, Castille recurred on the second season of the CBS All Access anthology thriller “Tell Me a Story,” as well as the first season of Hulu’s “Wu-Tang: An American Saga.” Previously, he starred in the Netflix feature “The World We Make.” His additional film credits include the independent feature “Run the Race.”

Born and raised in Birmingham, Ala., Castille enjoys fitness, football and golf. His family’s charitable foundation named after his father, the Jeremiah Castille Foundation, focuses on mentoring and improving the lives of young people, particularly inner-city youth all around the Southeastern U.S. Their website is https://castillefoundation.org.