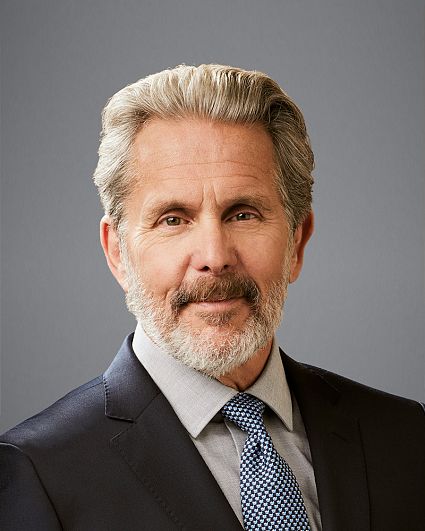 NCIS Special Agent Alden Parker
Gary Cole
Biography
A veteran of film, television, and stage, Gary Cole co-starred in the Emmy-winning comedy Veep opposite Julia Louis-Dreyfus, for which he was nominated for an Emmy Award for Outstanding Guest Actor in a Comedy Series. Along with the cast, he was nominated for the Screen Actors Guild Award for Outstanding Performance by an Ensemble in a Comedy Series for seasons two through five before ultimately winning the category in 2017 for season six. Also on the small screen, Cole had a recurring role opposite Christine Baranski on The Good Fight on Paramount+ and was most recently seen in Mixed-ish. Other television credits include Midnight Caller, American Gothic, The West Wing, Arrested Development, Desperate Housewives, Chuck, The Cleaner, Entourage, Numb3rs, The Good Wife, The Good Guys, True Blood, and Suits.

Cole’s feature film credits include Blockers, opposite John Cena, Leslie Mann, and Ike Barinholtz, and classic cult comedies such as Office Space, Pineapple Express, Talladega Nights: The Ballad of Ricky Bobby and Dodgeball: A True Underdog Story, as well as American Pastime, Breach, The Ring 2, Crazy in Love, Win a Date With Tad  Hamilton!, I Spy, One Hour Photo, The Gift, A Simple Plan, Kiss the Sky, The Brady Bunch Movie and Clint Eastwood’s In the Line of Fire.

As the parent of a daughter who is on the Spectrum, Cole is involved with Autism Speaks as well as the L.A. County Commission on Disabilities.

Born in Chicago and raised in Rolling Meadows, Ill., Cole attended Illinois State University. Currently, he resides in Los Angeles with his wife, Michelle Knapp. His birthday is Sept. 20.