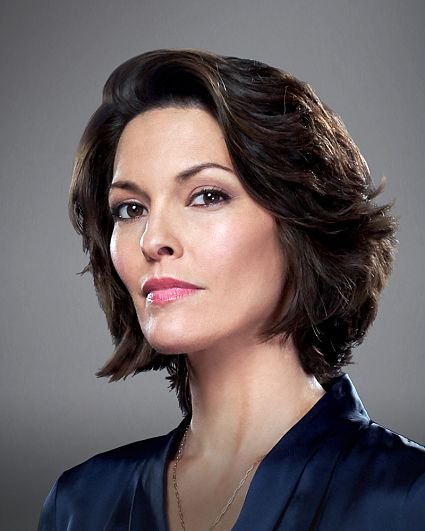 Special Agent in Charge Isobel Castille
Alana De La Garza
Biography
Alana De La Garza is perhaps best known for her role on the legendary TV series Law & Order as ADA Connie Rubirosa. Her performance as a tough yet compassionate prosecutor garnered her an Impact Award for Outstanding Performance in a Dramatic Television Series as well as an ALMA nomination for Outstanding Supporting Actress in a Drama Television Series.

Her additional credits include starring opposite Gary Sinise in Criminal Minds: Beyond Borders, Scorpion, CSI: Miami, Forever, Do No Harm, The Book of Daniel, and The Mountain.

Her feature film credits include Matthew Weiner's directorial debut, Are You Here, opposite Owen Wilson, Zach Galifianakis, and Amy Poehler.

Raised in Texas, De La Garza got her break in New York on the daytime drama All My Children before moving to Los Angeles where she currently resides with her husband, Michael, and two children. She enjoys staying active and giving back to the community through her work with various charity organizations. Her birthday is June 18. Follow her on Twitter @Alana_DeLaGarza and Instagram @alana_delagarza.